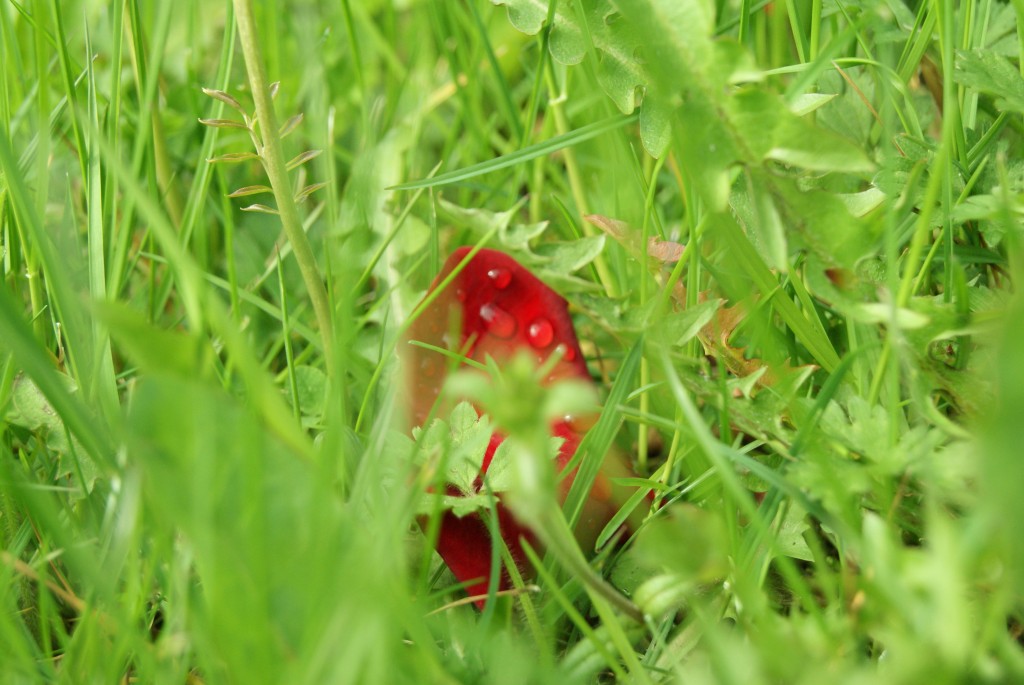 It’s been over a month since my last blog post, but I’m excited to share this one about my recent excursion to Manchester’s ‘The Escape Room’.  You may have heard of escape the room experiences, but if you haven’t, my boyfriend encapsulated the experience by saying, “It’s like being in the crystal maze”. This is something the company itself refers to on the website, although they don’t mention the added scariness. The jist of it is, you get locked inside one of five escape rooms and are given sixty minutes to, well, escape. Sounds simple enough, right? Well, it really wasn’t.

There are many different escape rooms across the world and a couple in Manchester alone. ‘The Escape Room’ seemed to have interesting thematics, and I got the feeling that everything would be be high quality, well presented and immersive. Their website is user friendly; you pick your location, the number of people (between two and six) and it shows you which rooms are available. Then you just pick a day and a time slot. You can read a description of each game, but the posters speak for themselves. The more people play, the cheaper it is. There were four of us playing, about £16 per person. We chose ‘Room Thirteen’. The handy map shows you where to go, and they recommend allowing twenty minutes for getting lost and being briefed.

My group were impressed by the bespoke venue. It had friendly, welcoming staff a pristine bar and seating area to wait in. It made it feel like we were getting our money’s worth. We went early and wanted to keep our mind active, so no drinks for us, but it was a comfy place to relax (if  you can!). Even before going into the room, the details were brilliant. There was a leader board showing the five fastest times for each room. The fifth place winners for our room made it in forty minutes, so this was the time we had to beat. I pointed this out, and my group looked at me as if to say; ‘fat chance’. 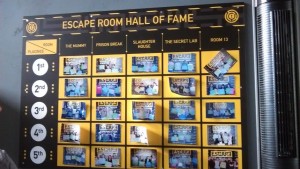 The Hall of Fame Wall.

Our lovely guide gave us a little context to set the scene as she led us into the room. We were a family whose car had broken down, and were forced to stay the night in this creepy, empty hotel, in room thirteen no less. We had to solve the puzzles and escape the haunted room before the ghosts got to us. The guide talked us through the experience; how there would be a set of puzzles that weren’t necessarily in the right order, and red herrings to distract us. Room Thirteen is one of their hardest rooms, rated five out of five, and I think I was the only one feeling confident. She said we could ask for hints by flicking a switch and that we could leave at any time. As we were beginners, she talked us through the first puzzle a little to give us some help. The goal was to find a code for the escape door to open it in time. Then, when we confirmed we were ready, she left and the timer began.

I don’t want to go into too much detail in case you have a go at this room yourselves, so I’ll give you a run of the basics. I also couldn’t take photos. The room was actually a series of rooms, and the first was the lift, so obviously very small. There was nothing you could do until you solved the first puzzle to open the door, and nothing else in the lift. Our guide had told us that most people managed quickly, but if we were stuck after twenty minutes they will come and help.

It took us about ten minutes to solve, and it was completely down to me, which I was very proud of. However, as we struggled through the minutes with this simple puzzle, I felt hope slipping away. When we finally got the door open, I could feel everyone was downhearted. In the next room there were several puzzles, so we split off and tried to make up for lost time. This room was much more atmospheric, presented beautifully. I forgot I was in a bar in the middle of Manchester, and immersed myself in this eerie hotel world. I went with my boyfriend, brother and sister-in-law, so there were two guys and two women in our group, and I have to say it was definitely us ladies that were pulling the team ahead. My sister-in-law, a generally reserved person, was absolutely blowing us away with her skills in the room. It has to be said though; if any one of us was not there (me included!) we surely would not have made it. I began to realise how picking the right team was a benefit.

As we struggled through puzzles of codes and locks and patterns, we could see the time ticking down before us. By this point, we’d already passed the forty minute mark and had no chance of making the leader board, possibly of escaping at all. Finally, we cracked the puzzle that gave us a set of keys into the final room. Of course, it was the last key we tried, which ate into our time, and we were greeted by even more puzzles before we could escape.

This is where I basically stopped being useful, and the boys caught up in helping out the group. The room’s walls were covered in writing and I couldn’t make sense of any of it. Instead I sat forlornly on the creepy bed whilst horrifying sound effects made me jump. As time was nearing the fifty minute mark, we found the exit code! We rushed to the door, desperately pressing the pad before any more time passed. The door clicked open and just like that, with a clamour of excitement, we won!

The staff were waiting outside with anticipation; they had clearly been watching us on camera and egging us on from the outside. We got our pictures taken with the winner cards, and they gave us a 10% off voucher if we wanted to come again, and congratulated us on not once needing a hint. There had been a couple of times where I’d gotten desperate, but we made it. They informed us that the success rate was less than twenty percent.

It was an amazing experience. I would wholeheartedly recommend it, as long as you like the feeling of your heart racing for sixty minutes. I would have been disappointed had we not escaped, but it was brilliant all the same. It’s just that the winning meant I woke up every day for the rest of the week thinking “I’m a winner”. And really, isn’t that how everyone should start the day?